Kirkland Lake Gold reports earnings before market opens on Tuesday, May 7. Given production and sales numbers previously reported on April 5, I am not anticipating any major surprises particularly when compared to Q4 2018.

In Q4 2018, KL earned $106.5 million, or .51 cents per basic share. With higher sales in Q1 vs Q4, as well as a higher average gold price and higher grade from Macassa, offset by lower grade at Fosterville over that same time period, it is no wonder the financial models have them earning similar to Q4, at around .52 cents a share with a broad range survey of analyst estimates between .47 to .62. S&P Capital IQ has an estimate of .48. I will note that Kirkland Lake has had a history of beating estimates for as long as I have been following them. For example, 4 out of the last 5 earnings updates were beats, with the other a meet, according to S&P Cap IQ. For the record, I have them coming in at $112 million profit, or .53 cents a share.

What I will be focusing on more than earnings is an update on exploration at Fosterville, particularly Harrier. I would like to see continued progress on the Harrier theory that it shows characteristics similar to what Swan showed at a certain depth. If history is any guide, we should see a press release on this either tomorrow, or Tuesday, at worst case before their earnings call on Wednesday May 8.

During the Q4 earnings call, this was John Landmark’s remarks on Harrier:

“Moving on to slide 26. This is a schematic cross-section comparison between Phoenix and Harrier. If we think about and look on the left-hand side initially with the Phoenix cross-section, as we’ve progressively mined down-plunge on the Phoenix ore zones, we saw a shift around about 800 meters below surface from the bulk of gold mineralization being in the syncline setting to switching across into the anticline hinge.”

“As we progress down below this level, we encountered higher grade and more frequently noted visible gold in the exploration drilling. And in due course, the Swan and Eagle Zones emerged at greater depth. Now, by comparison, if we look at Harrier, in the Harrier system we really have only been confined to the right-hand side, to the syncline area. And as we’ve come down in the syncline setting, we’ve started to identify higher grades and visible gold.”

“Drilling to the west of this and down dip, we’ve also identified the anticline setting with some signs of gold mineralization, and this has become a priority target. We don’t believe Swan is a one-off occurrence, and we’ve very excited to be testing this target. Currently, 4 underground drills are exploring both the base of the Harrier syncline zone and the projected anticline position, and we’ll certainly give you updates on this as this progresses during the first half of this year.”

Kirkland has 8 underground rigs at Fosterville, 4 at Harrier and the other 4 across Phoenix. 13 rigs in total at the operation with even further activity possible. During the Q4 financial call, Tony Makuch alluded to the potential uptick on the exploration front when he stated:

“And one thing we should also allude to, or give a little bit of a heads up on and maybe you’ll see it in the next quarter, was we’re also looking at potentially increasing our level of exploration and development efforts in the Fosterville area.”

Another item to consider, which wouldn’t be market moving but interesting nevertheless, is whether they increase the dividend. This has been an often spoken about subject. What to do with all that excess cash generation? Makuch has said they are reconsidering the dividend policy, and with the stock at current levels, I don’t think the buyback is a viable usage of cash at the moment barring anything material from the ‘Ville. Therefore, if they are going to announce an increase, it will be soon.

Lastly, any exploration updates from other targets at Fosterville, i.e. Robbin’s Hill, and learnings from additional progress to bringing Northern Territory (Cosmo) on line will be analyzed closely.

That’s all for now. Catch me on Twitter for further updates as this busy week ahead unfolds. 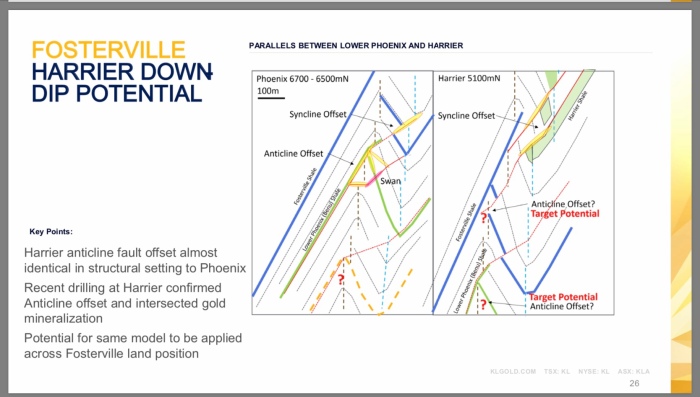 I do not have a Paid service. I post and update freely. However, if you value and enjoy the content, either on Twitter or on this blog site, and would like to recognize and show a token of appreciation, please consider a modest donation. Or Pay It Forward. Thank you for your support!